Recently I’ve been manufacturing silicone prototypes for my startup Pan Pickle and I’ve been using a method I’ve not seen talked about online; using a rigid 3D printed mould to produce flexible parts.

I belive this is the superior method for prototyping flexible parts, and in this first of a series going through my process, I’m going to explain my reasoning.

Why not print with flexible filaments? Flexible filaments exist, they let you go straight from the computer to a flexible part. In theory

(in theory because printing flexibles behaves very differently to PLA or other rigid materials)
this is a much more streamlined process. Why complicate things by moulding a part?

Short answer: Moulded parts behave like the final product, and they are therefore more informative prototypes. Even if you’re not making a manufactured product moulding might product an object with features that are preferable: 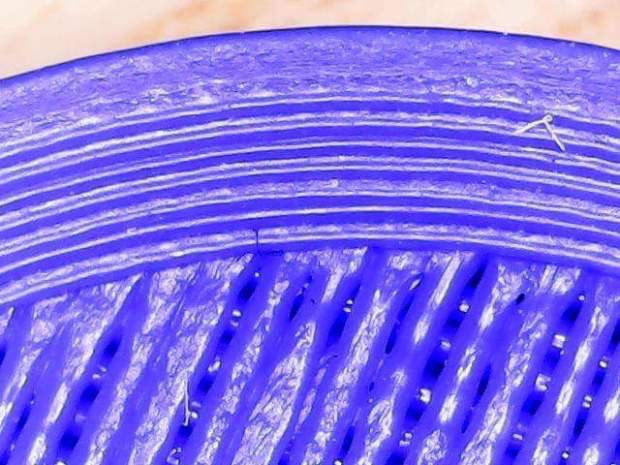 Long term food safety of 3D printed parts, isn’t guaranteed, a food safety agency has not and may never certify a FDM 3D printer product for sale. For personal use things are still unsure, you need safety for the whole filament path through the hot end. The gaps between layers and infill in a print leave a lot of surface area for bacteria build up that can be dealt with in the disk washer due to the heat involved.

In constant a printed mould can be sanded down to reduce surface area and made with a food safe release agent, minimizing contact with the mould.

When making flexible parts, there’s a measure used called the shore hardness scale, the A range covers the softer materials we’re talking about. No filaments available are softer than 75A in their filament form.

Softer prints can be faked with low infill, but they’re not calibrated or completely consistent with and actual softer material. so a part with a lot of give is better off being moulded 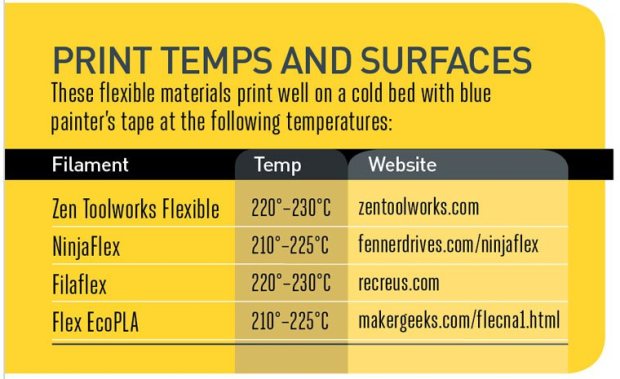 There are 2 types of polymers, thermosetting and thermoplastic;  they’re chemically different but for this conversation the important difference is that thermosets don’t soften when heated and thermoplastic do
and have a point that a 3D printer can reach where they become soft enough to extrude and print (called the glass transition temperature) but there are many uses of silicone that rely upon their flexibility at high heat, such at kitchen wear.

Pretty self explanatory but liquid colorants and additives can be mixed into silicone allowing for a wider range than manufacturer determined filaments. This is even more limited for flexible materials.

When using rigid filaments, infill doesn’t typically play a major role in part design expect for saving time, weight or when it breaks. But flexible parts deform elastically in normal use, so your infill density and pattern affects how the part will behave. If you’re final part is 3D printed then this can be a benefit. Allowing variable flexibility through a part with complex infill patterns, or simply tweaking overall flexibility (but be aware infill might not lead to a uniform flex)

If your intention is to later manufacture a design not using 3D printing, then any effect caused by infill is unhelpful, they cannot be recreated by moulding and any testing with 3D printed parts in flex will have to be redone.

3D printed flexible are typically harder to print than rigid materials; Many printers struggle to print flexible filaments, especially those with bowden tubes,

Part cleanup can be tricky too; flexible parts cannot be sanded and there aren’t any go to solvents for smoothing like acetone is for ABS. bridging is more likely to fail, retractions are best avoided and it’s not uncommon to have small blobs on the outer surface or your part.

Where as mould printing uses whatever material you’re currently using and comfortable with. And the surface can be sanded, have gaps filled and imperfections repaired.

Most prints require some level of post processing to clean up stray wisp, layer lines and supports, with a mould you do that work once and get the benefits for the whole run. You also free yourself from the unexpected hiccups that 3D printers can sometimes have.

Once a mold is made your printer is free to run other jobs, much better than dedicating a machine to repeating the same part.

Mould time is generally the same no matter the object size, but print time is dependant on the object size, infill and print speeds, so while some small prints might be quicker, printing 4 or more moulds and making them in batches is a much quicker way to produce a collection of parts. For some large parts a low infill thin mould will actually print quicker than the high infill part!

There are existing techniques and methods for printing complex geometry using intelligent part orientation and support structures, not only do flexible materials behave differently, but deciding to print the outer surface of the part in form of mould could mean that you can leverage these techniques more fully. This is a deep subject that’ll be expanded upon in later parts in the series but an example is that a mould has its whole outside face which has very relaxed requirements, allowing for excessive supports that might spoil a final surface. Multi-part moulds also opened a whole wold of options, from simply avoiding a flat base, to rings and impossible overhangs

It’s amazing that many exotic flexible filaments exist, but if you’re wanting to prototype or manufacture parts with the properties of silicone then the solution is to mould that part.

You may wish to mould using a more traditional method, people have been mould making long before the popularity of desktop 3D printers; but this series is for someone who would otherwise only use a 3D printer. Traditional mould-making is a very viable technique, but 3D printing does pair nicely with the mould making process, easing the entry for someone who’s never worked with silicone before. 3D printing is a cheaper place to experiment with mould design, it allows for undercuts that would be challenging in 3 axis CNC and it’s probably a tool you already have access too.